The Crossroads and the 27 Club 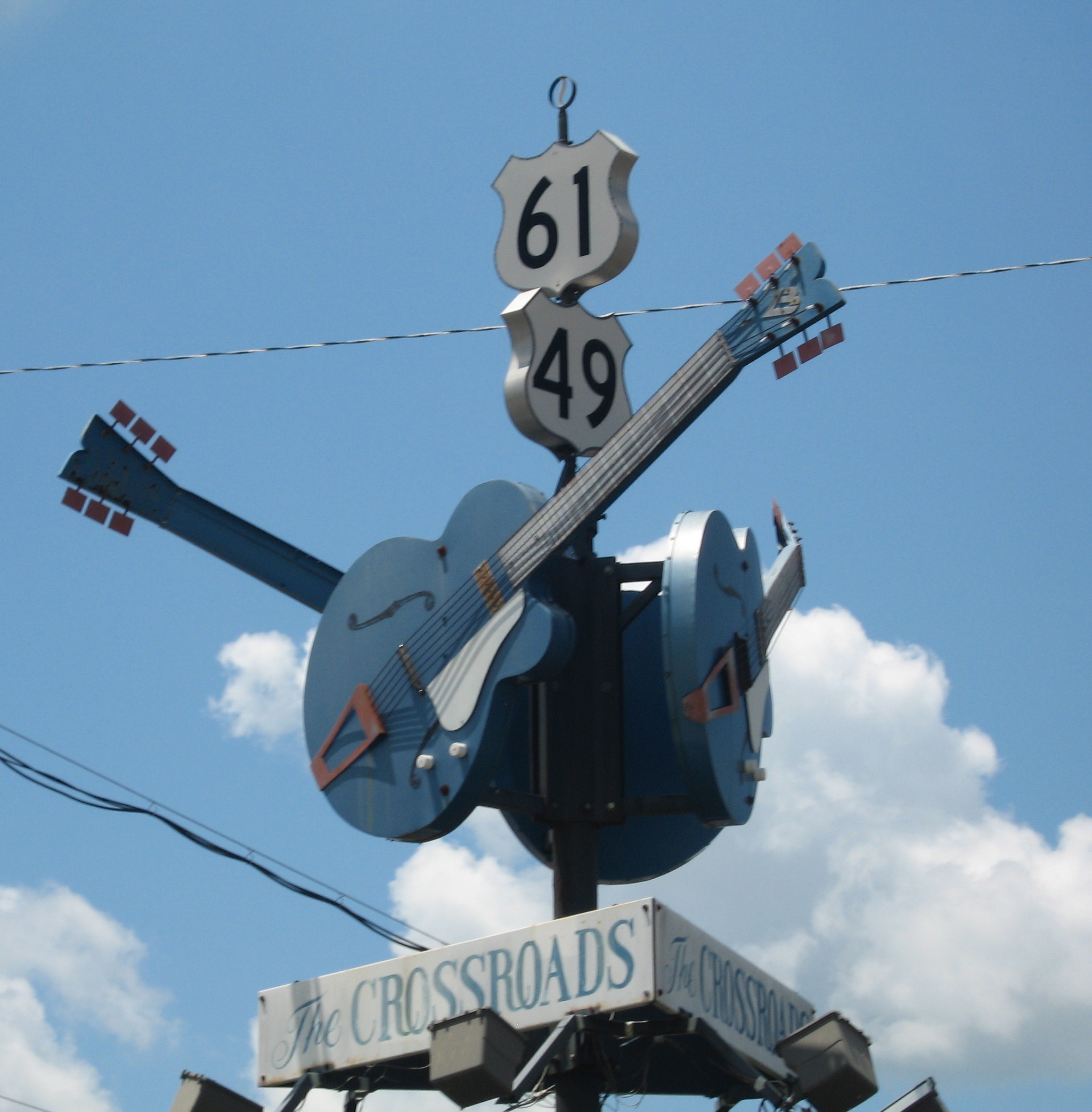 We've all heard the accusations, especially with older religious groups, that Rock n' Roll is the Devil's music. We've shrugged that off over the years and even evangelical Christian Rock groups have taken to the sound. But they not have been far off the mark if you believe in legends and have an open mind.

If you are a music lover, musician, and are open minded, I invite you to take the time and listen to a legend. The legend of the beginning of Rock and Roll!

Robert Johnson was a poor, African American man, born in Mississippi in 1911. During his life he became known as The King of the Delta Blues. Robert Johnson however, was not always the a great guitarist.

Robert Johnson had been making his way from Yazoo City Mississippi, trying to get to Helena. He had been playing at a club in Yazoo and his ride had left him on a cool October night near a levee where Robert heard a dog howling. Not just any howl but a bluesy, rhythmic, soulful, howl. The dog was hairless, and as the legend goes, was standing in a ditch near a tall, barrel-chested black man.

The howling touched Robert Johnson's soul, causing him to go down to his knees. It was something he had never heard before; as if the dog were crazed.
“That dog gone mad.” Robert said.

The man laughed. “That dog belong to me. He ain't mad, he's got the Blues. I got his soul in my hand.”

The dog let out another howl. This howl gripped Robert Johnson's soul. It made him twitch and move. Robert grabbed his guitar and his fingers began playing the most wonderful thing he had ever heard. When he was finished, and the dog was no longer howling, Robert tried to play that sound again but couldn't.

“Put that guitar down boy.” The man said. “You just another guitar player like all the damn rest. You need to throw that thing in the ditch next to that dog, and go play the harp for Willie Brown. You is a simple guitar player, nobody ever gonna remember you..or..you wanna play that guitar like nobody ever played it before?”

Robert looked at the dog. “I want that dog Devil man.”

“That dog ain't for sale Robert Johnson…but the sound can be yours. That there is the sound of the Delta Blues.” The man said with an evil smile.

“I have to have that sound! That's a lot of women and whiskey! Where do I sign?”

The man said to him “You don't need no pencil Robert Johnson. Your word is good enough. All you have to do is keep walking north. But you better be ready, there will be consequences!”
“Be ready for what Devil man?” Robert asked squinting at the big man.

“You know where you are Robert Johnson? You standin at the crossroads, right at midnight. This ain't just any crossroads Robert Johnson. I put this “X” on the ground for a reason. I was waitin for you. You take another step North and you be in Rosedale. East and you'll be back at Highway 61 in Cleveland. You could go West and sit there on the levee and look down at the river, and South will put you back in Beulah. It's your choice. But know this, you head North to Rosedale and you be playing the Blues like nobody ever heard. That sound will take hold of all who hear it. Your soul will be mine Robert Johnson, for eternity.”

“Step back Devil Man! I am going to Rosedale! I AM THE BLUES!” Robert shouted.
“Go on then Robert Johnson. You go be The King of the Delta Blues. But when you get to town, get yourself a hot plate. Where you goin son, you gonna need a little something on your belly.”

With that, Robert Johnson headed North to Rosedale and sealed his contract with The Devil. Robert Johnson went on to become The King of the Delta blues and spawned a new sound called Rock n' Roll.

At the age of 27 Robert Johnson was poisoned by the owner of a juke joint he had been playing. Robert had been messing around with the owner's wife. The story goes when he died, he knelt down on all fours and let out a howl, a howl that no one could believe a man could make.

This story lives on in many forms and has been linked to influence some stories, movies and songs. A popular one being “The Devil Went Down to Georgia.” In this instance the Devil lost. Also a movie was made closely related to this legend, Crossroads starring Ralph Macchio.

Robert Johnson (1911-1938) is said to be the first of the 27 Club and the father of what was to become known as Rock music. Though some people might argue he is not the actual Father of Rock n' Roll, but that sound would never have been if it weren't for the Delta Blues.

The Delta Blues/Crossroads legend has become been linked to the 27 club legend as others have risen to great success only to die at the young age:

Other celebrities from movies to television have also passed on at age 27 and have joined the ranks of the 27 club. Robert Johnson and his pact with the devil, some say, is where it all started. Others shrug it off and say it's all coincidence. So maybe, just maybe it is the Devil's music, but we took it from him.

For me, let's just say you won't see me standing at the crossroads anytime soon…

If you are a music fan and haven't the movie Crossroads, you are missing out. Check out this YouTube clip.

Guest Post: Jay Fowler is co-host of the podcast Social Blend. Raised in Memphis Tennessee, the Delta Blues hold a special place in his heart.